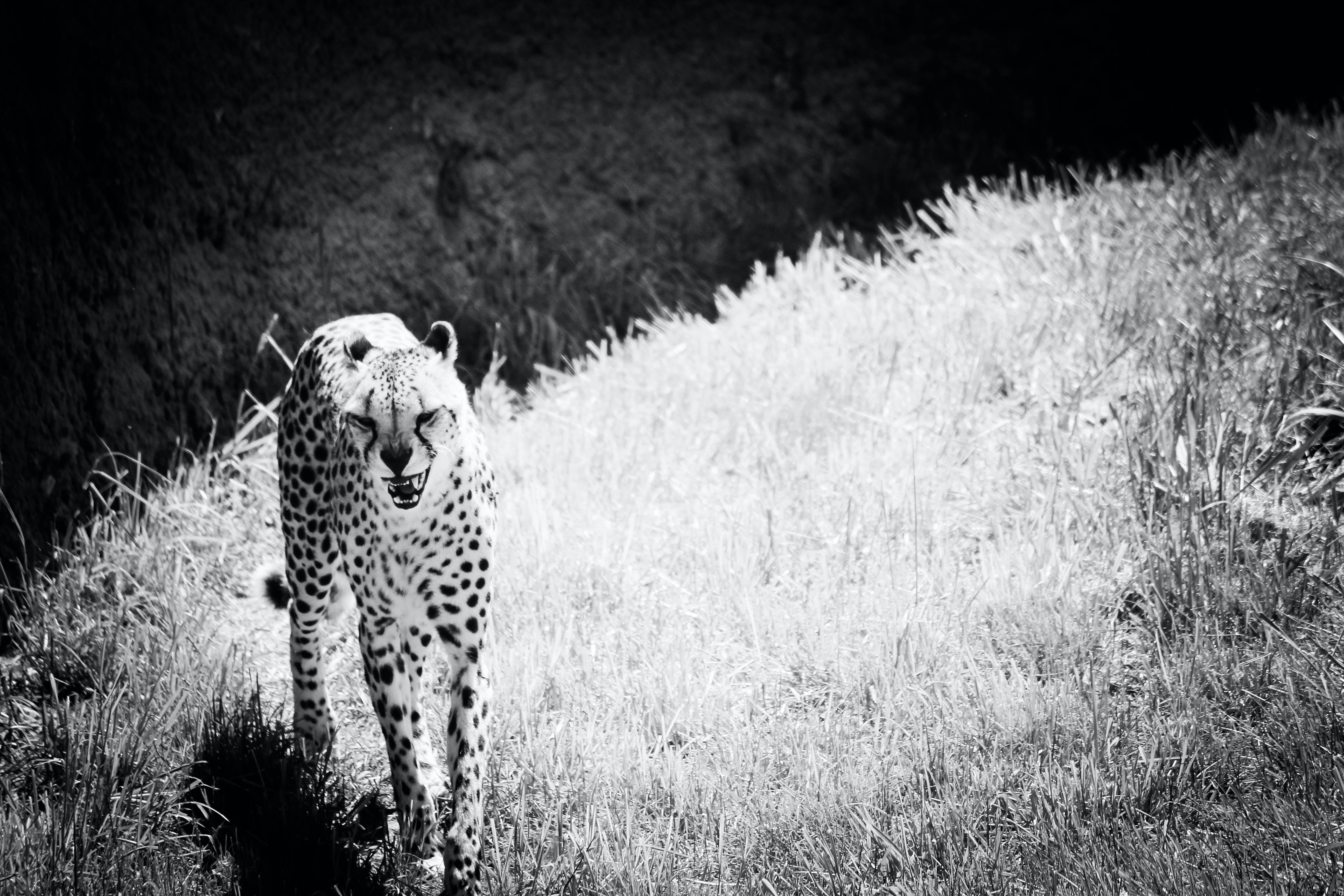 Today, there are 37 recognized species of cats in the world, including your loveable Fluffy. Domestic felines evolved with humans from smaller wildcats, often as a result of a fusion of two or more cat species. All cats we see today are believed to have arisen from a common ancestor: an Asian cat that lived 10-12 million years ago, and as cats evolved and adapted, they became more widespread across Europe and Asia by following their prey and establishing territories.

Then, we humans got involved, and as breeding technology advanced, breeders began to again combine different species, aiming for a particular look and temperament in their vermin-catchers. While most of us know of the various looks of domestic kitties, some of today's hybrids are still being bred from wildcats, and are closer to their wild ancestors than your average house cat.

So what are these hybrids with a slew of wildcat DNA? Here are five purr-fect examples!

A house cat was bred with a wild African Serval cat, which is thought to be a descendant of a combination of a lion and a cheetah. The Savannah is a paw-fect combination of wild and domesticated. The first one was born in 1986, and The International Cat Association (TICA) now recognizes the Savannah as a champion breed that’s able to compete at shows.

This lean, tall feline has distinctive dark spots and is an adventurous, fun-loving pet. Affectionate and curious, this paw-some purrer is highly intelligent and curious, and may get into trouble if left on their own too long. It’s the exotic hybrid breed most often kept as house pets, and makes for an entertaining companion.

The Bengal is a hybrid of a domestic cat and an Asian leopard. This kitty has a short, soft coat with leopard-like spots that is ideal for snuggling and petting. Their coats feature the distinctive circles and rosettes of a leopard’s coat. Some Bengals even have coats with a sheen that looks like the cat has been dusted with sparkly glitter.

The hybrid has been in existence since 1963, and was accepted by TICA in 1986, with championship status conferred in 1991. These are curious, loving and active felines, and can easily get bored and potentially destructive if they’re not kept occupied during their waking hours.

Bengals also have an obsession with water, which makes it imperative that your fish tank has a secure cover. They sometimes sit in the sink with a dripping faucet for hours, or may even jump into your bath with you! And don’t expect your Bengal to meow melodically when they want something. Their cry is more like a bark: a distinctive raspy sound.  Studies are being conducted at the National Institute of Cancer to figure out why they have another peculiarity: a resistance to feline leukemia.

Named for the region in Africa where their ancestors lived, the Serengeti is a combination of the Bengal and Oriental shorthair cat. The goal in breeding these two cats together was to arrive at an appearance like the wild serval cat without any serval blood.

Their lineage also includes the Asian leopard cat and the Bengal. With long ears and legs, this is an agile, very vocal and active kitty. Life will not be dull with this cutie in the house! Serengetis need to be entertained, or be able to entertain themselves with lots of stimulating toys and views inside and out. Primarily a hunting, prey-seeking feline, Serengetis will stare at fish or birds and insects outside their window for hours.

The Havana Brown’s name may come from the color of the tobacco leaves that make the famous Havana cigars, although they were first bred in Britain. Their chestnut brown coats are smooth and glossy, and are in beautiful contrast with their green eyes. Even their whiskers and nose are brown!

This breed was first created in 1952 by combining a Siamese cat with a black shorthair domestic found in England. Some believe the breed also carries some DNA from the Russian blue.

These are lively, active and playful fur babies, and are curious without  being as destructive as some of their feline cousins. The Havana Brown loves to stay inside and won’t try to escape when the door is open. They just want to be by their Pet Parent’s side. While rare in England, and even rarer in the United States, the Havana Brown is attracting a lot of attention and will likely become more common as a result.

Bred from a domestic cat and a Jungle Cat, this breed has been around for a long time, but the first one wasn’t recorded until 1990. These are very big cats, ranging up to 15 inches tall and 30 pounds.

This is another extremely lively feline that can get into trouble if they get bored. Pet Parents would do well to keep lots of toys around, and to set aside time for play to wear them out. The Chausie has inherited the best traits from both parents, like high intelligence and trainability. These cats are easily acclimated to walking on a leash, and they love to socialize with humans, Pet Parents and strangers alike.

It’s important that a prospective hybrid cat parent prepare for the inherent traits that will come with various hybrid breeds. Check with the breed’s association before choosing a breeder, and to find more information on the hybrid you’re considering, including personality, hereditary issues if any, expected life span, size and level of activity required

Research your state’s regulations regarding hybrid breeds as a whole, and specific breeds in particular. And be sure to check out Wag!’s cat guides to find more fascinating facts about cats!

2022 Beijing Olympians and Their Adorable Pets

5 Heartwarming Rescue Stories to Start Off Your 2022 Right

The Ultimutt Guide to the Puppy Bowl 2022

Money.com Features Wag! in "Holiday Tipping Guide: Why You Should Tip More in 2021"

How to Celebrate The Year of The Tiger with Your Cat

Does Having a Pet Prevent You from Traveling?